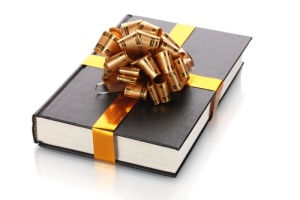 With the holidays coming up, I wanted to remind you that books make great gifts! I do have a stock of paperbacks and I am totally willing to sign it to whomever you want if you want to pick up an autographed copy (send me a message and I can make it happen–but do it quickly to account for holiday shipping time).
You can check out all of my titles on my amazon author page here:

I paid a for a critique service to get me some feedback on 50 Shades of Worf and got a few pieces I can use in marketing.  I don’t plan to use the below review of the book, but I found it gratifying on another level. One of the reasons authors write is to change the world, to make it better by causing people to think, and this reviewer picked up on a piece within the book.

While I usually try to weave some kind of moral threads into the fabric of my book, I didn’t really try with this one. I just wanted to make a fun book that my fellow nerds could enjoy reading. apparently, some of my do-gooder-ness came through anyway as spotted by this reviewer, Charles Remington. Maybe it was easier for him to spot it since he was definitely not my target audience, which led to quite a different filter which he read it through.

Christopher D. Schmitz’s 50 Shades of Worf follows the adventures of police officer Moses Farnsworth. A self-confessed geek, his desk is littered with plastic Marvel Comic heroes and figures from the world of fantasy. Finally plucking up the courage to seek promotion and take the detective exam, he is surprised to pass with flying colors. He is even more surprised to find himself partnered with Rick Diego, a tough, experienced cop still grieving the loss of his long-time partner who was deliberately crushed by falling machinery during a drug bust. It is not long, however, before it becomes apparent why this mismatched pair has been partnered when they are assigned to protect an actor from the Star Trek series, who will be launching his new film project at TrollCON, a local conference for fans of the genre. But Rick Diego is determined to bring the killers responsible for his partner’s death to justice, and as they embark on their joint mission, Diego soon realizes that, somewhat incredibly, the murder of his partner, TrollCON, and those involved in the funding of the new film are connected. Having no knowledge of the people, practices or etiquette of these conferences, Diego depends heavily on his new partner’s knowledge and expertise to help him to blend in. Together, the unlikely pair manages to muddle through a sometimes dangerous, sometimes baffling, sometimes scary, but often hilarious investigation.

I must admit that my knowledge of the type of conference described in 50 Shades of Worf was as vague as that of Officer Rick Diego, and I found myself looking up terms like cosplayers, furries, and bronies. However, I am pleased to have learned a lot about the outlandish world these eccentric characters inhabit. Perhaps this passage from the book, in the words of Officer Farnsworth explaining the conference to Rick Diego, could shed some light on the subject: ‘Not everybody is good at life. For people who don’t feel like they fit in, Fantasy helps them escape those bad feelings. We’re not stuck on the outside anymore. We’re finally important… and I honestly believe that everyone feels like that at some point in their life.’ In the end, I felt that the additional research was worth it. I enjoyed the book and it opened up a world which, being a sci-fi fan but located in the wilds of Scotland, I knew very little about. Schmitz has imbued his narrative with loveable characters and a great deal of fun. A fine read for geeks and non-geeks alike. 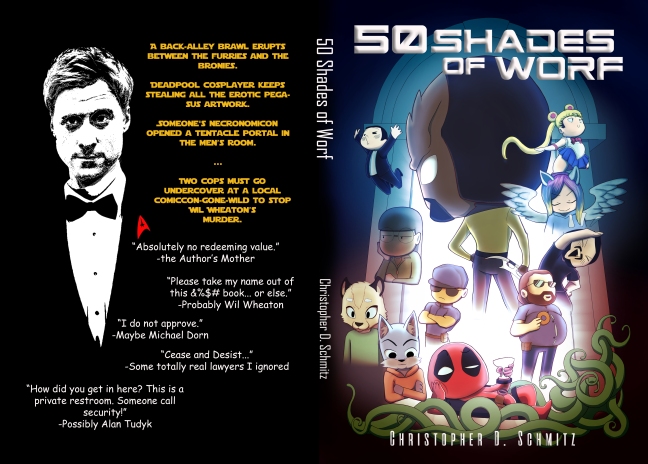 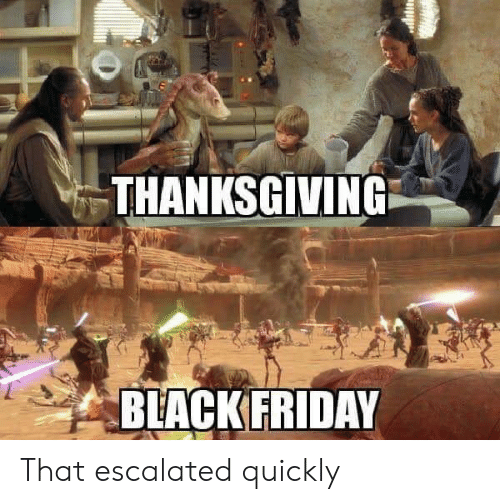 Wish you could stay at home and read the Hunger Games instead of volunteering as tribute on Black Friday?

As much as I love seeing folks shopping at local retail, I know that most of those dollars don’t actually stick in our area economy and go to big box stores. (I imagine billionaires in a secret room watching live streams of holiday retail madness as they cackle like Mr Burns from the Simpsons.)  Rather than risk life and limb for a new flat screen which you’re going to feel compelled to repurchase again next season anyway, maybe #shoplocal and pick up some sale priced books from me to read in all that free time that you won’t need to be spending in the hospital. I’ve got four books on sale right now! (And feel free to read them right away and do your holiday shopping all from your living room. Stay safe my peeps!) 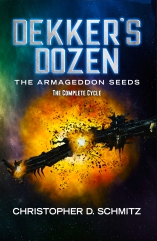 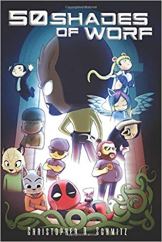 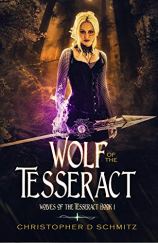 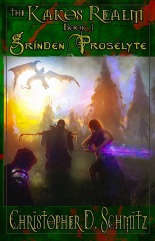 The Kakos Realm: Grinden Proselyte Book 1
They took everything from him.
They branded his hands and killed the girl he loves.
Revenge is all Rashnir has left—but when it is suddenly offered, the ranger wonders what comes after. When a mysterious outsider shows up, everything changes and Rashnir must choose sides in the brewing holy war.
https://storyoriginapp.com/universalbooklinks/0dfb80ac-91f7-11e9-9ecf-3f6fd3dc1db8

Wolf of the Tesseract Book 1
Yesterday she was in Freshman seminar…
…now she’s running for her life.
What’s chasing Claire shouldn’t exist.
She’s convinced a homeless, ex-classmate of hers is stalking her. He says he can travel between alternate realities… but he also claims he can shape-shift and that she has magic in her veins. Only Claire’s blood has the power to unleash the great Devourer God and breach a gate that must never be opened… Blood that Claire wants to keep, but everyone else wants.
https://storyoriginapp.com/universalbooklinks/f86a6d2a-4bdd-11e9-99cc-fbcab6a35865

Dekker’s Dozen: Weeds of Eden Book 1
Dekker Knight has a secret past.
Vivian “Vesuvius” Briggs has a sword and a chip on her shoulder.
Together they run a delinquent team of space mercenaries: the Dozen.
The Dozen fight to keep their debts settled, fuel in their ship, and some equilibrance to their moral ledger as they race from job to job… which always goes sideways. They are more than mercenaries: they’re practically family—and the theft of an interstellar seed threatens to tear it apart… this seed, which some claim comes from the very Garden of Eden, could wreak unspeakable evil across the galaxy.
https://storyoriginapp.com/universalbooklinks/fe2a806e-555c-11e9-9eee-7f5124604f1f

I just had a great message online. A book club read and discussed my Sci-Fi book, Dekker’s Dozen: The Last Watchmen. Check this video out here: 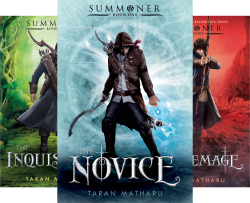 You may or may not have heard of Taran Matharu, but if you read YA Fantasy or use Wattpad at all, you’ve probably heard his story or about his stories. He found an audience via the social networking/writing website and used it as a platform to become a NY Times and Publisher’s Weekly Bestseller! I thought he would be a great voice to hear from on this blog since he started with such independent, obscure roots and rose up to write a bestseller.

END_OF_DOCUMENT_TOKEN_TO_BE_REPLACED 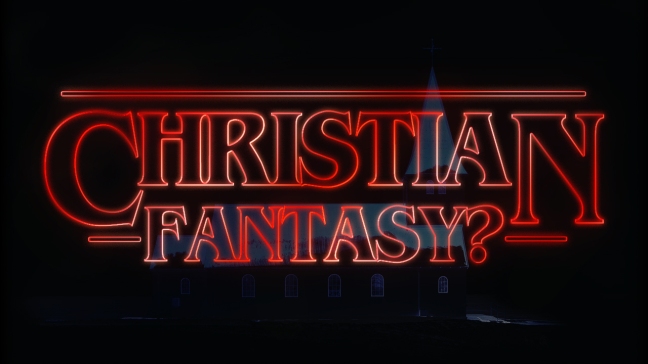 Halloween is coming and so I thought it would be appropriate to post my Stranger Things themed article. I know that I usually post articles on Wednesday that deal with writing advice… but if you write or read Christian SF/F/H then this article will be relevant.

In 1982, High Fantasy=Satanism… in 2016, Christians embraced themes from Stranger Things: did we escaped the Upside Down or dive in fully? END_OF_DOCUMENT_TOKEN_TO_BE_REPLACED 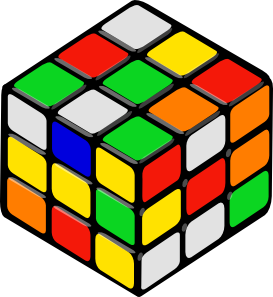 Amazon has reportedly begun a new wave of review take-downs, from what I’ve been told.

Firstly, in an effort to kill off phony reviewers, anyone posting a review to a book used to abuse the KU rules and “skim the till” at Amazon (see my older article when scammers started doing this) are getting shut down. Amazon isn’t just deleting the review on that book in question… they are deleting every review that person ever posted. Hack and slash baby, Amazon isn’t messing around.

The second reason is more insidious. It may be just a rumor, but reviewers must spend at least $50 per year for the privilege of reviewing a product. I’ve been told that spend-deficient Amazon accounts are first notified of the policy, “and then [Amazon] deletes review privileges along with every review posted by that person.”

I’ve previously lamented that focusing book sales so heavily within Amazon is a little like making a deal with the devil. I guess that sometimes, the devil comes to take his toll.

I just got word about the Great American Read project that PBS is pushing. My local area PBS has a news program called Compass and they are choosing to broadcast an interview I did with them a little while back about my Indie Author’s Bible (a resource for writers who want to publish their book). The episode “fits nicely with the national effort to promote reading,” their general manager said in an email.

The segment is part of the Compass program that will be broadcast on Thursday, June 28 at 9 p.m. It will be repeated the following Sunday at 12:30 p.m. After that, the interview will be available online. If you’re in the SW part of MN, tune in and check it out!

I was also on their program last season as well. Click here to see that interview.

I got my ego all polished up recently and did an author interview! It’s been something of a banner month for me. Things are crazy busy and I’ve kept a lot of plates spinning in my personal and author life. Lately I’ve spent more time on the business side of writing, though, now that the convention circuit has really kicked off. (In fact, right now, I’m sitting next to super-famous SF writer Timothy Zahn at a Minnesota Science Fiction Convention called Manticon!) 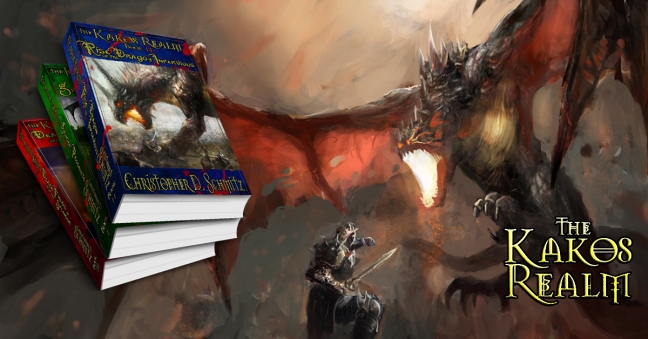 If you’ve read any of my Monday Sate of Writing reports then you have likely seen me mention TKR3, or The Kakos Realm. The first book (Grinden Proselyte) was the first novel I ever published and it is what started me on this path, over a decade ago. I originally wrote the first two books and half of the third one… book three is finally completed and ready! The first trilogy is done and available wherever you get your books. I have plans for the next four books which will complete the series.

I’ve promised some of my long-time readers that this world is not safe, and the title reflects the high stakes… The Kakos Realm 3: Death Upon the Fields of Splendor. (Paperback readers can also get the entire trilogy as one compilation… it’s the largest possible  paperback you can get printed under Amazon’s roof.)

Also, for a limited time, all of The Kakos Realm ebooks will be discounted to 0.99, and I’m also offering a coupon to get the first book in the series completely free. Just sign up for my mailing list and the system will send you a free coupon code and link! 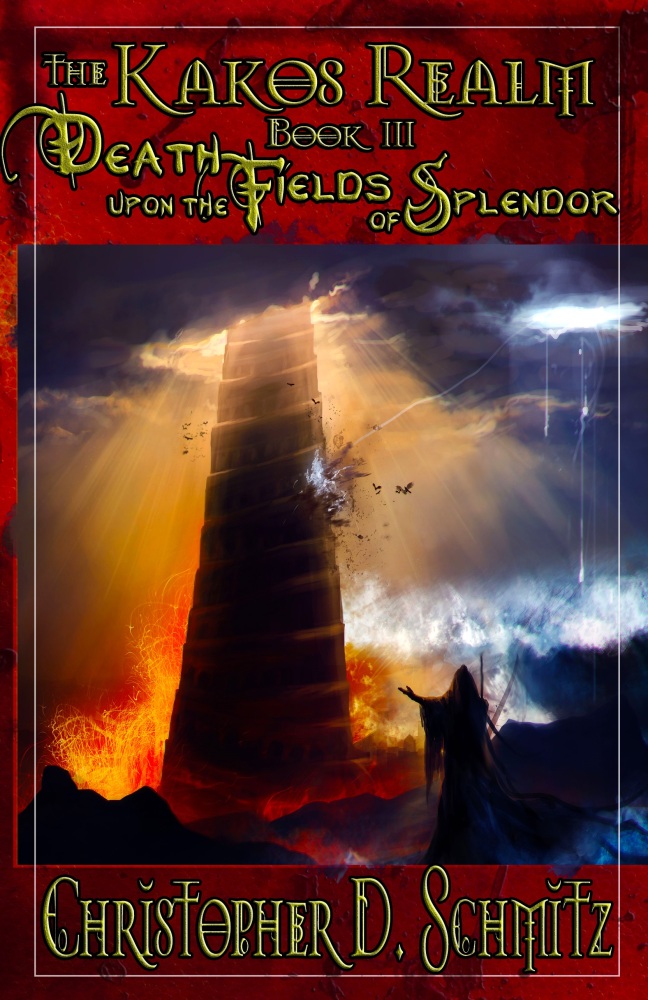 The mysterious Watcher finally arrives as a harbinger of terrible news. He sends Rashnir and Zeh-Ahbe’ on a suicide mission in order to save their friends. Despite the Luciferian Deathsquads, bounty hunters, and a secretly excavated monolith unearthed by Lilth’s Wendigo, the ranger and lycan charge headlong into the mouth of danger: the arch-mage’s home at the Temple of Light.

Before they can succeed, the Watcher shows his true colors and trades secret information in exchange for an item locked away in a demon overlord’s stronghold. They must retrieve a simple silver key that resides in the Dark Lord’s throne room.

Getting into the castle is doable—but getting out alive may be another matter entirely!