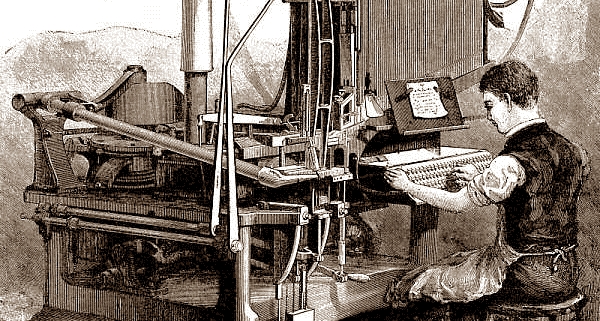 I’m quite serious when I tell people I’m willing to give some feedback, answer questions, or offer writing advice. (I always extend this offer to folks on my mailing list–I love to connect and see what friends are doing.) A friend recently asked for some advice about passive voice and I thought I’d copy and paste the exchange here in the event that it might help some fellow writers.

You said something before about passive voice and active voice. Could you explain that again? for example, I could write (her voice is kind but there is no expression on her face) but I could write (her voice was kind but there was no expression on her face). is present or past tense better? in addition, the first chapter starts the stories but then the rest of the opening chapters go back in time to see what lead up to the first. Is present tense still the best?

in addition, the first chapter starts the stories but then the rest of the opening chapters go back in time to see what lead up to the first. Is present tense still the best?

Passive voice and the tenses of verbs aren’t the same thing (just in case there’s confusion. When I first started kicking over rocks to figure out how to improve my writing I discovered there existed a whole set of terms I knew nothing about—and I’m still learning new ones all the time).

Anyway, here’s passive voice in a nutshell: when something just “is” …passive voice is when your verb is a state of being. The most common abuse is when people use the word was. Here’s an example:

Jack was running and he was fast. Bill was running just behind jack and could not catch Jack who was fastest.

Jack ran fast. Bill tried to catch up, but Jack won the race.

Not only is it more succinct, but it gives a tighter cadence and draws the reader in. Sometimes “was” is unavoidable or something you use to change that cadence (I think about writing a lot in terms of musical movements and styles… sometimes a person needs to relax. I typically write high action page turners that don’t let up on the tension—but sometimes you need an interlude. Heavy Metal isn’t usually a good music choice for a wedding.) There’s some psychology behind it: it takes more mental energy to process all of the “was” and “is” passivity because it doesn’t engage the reader as the direct object within the story (active voices make you feel sucked into the book). That means readers lose interest and become disengaged; eventually it takes too much effort to continue and people put the book down. Fantasy and genre fiction are easy places to wax passive because we try to pump in as much world-building as possible. We all think back to LotR which is very passive at times, but Tolkien wrote when rules for writing were different (and remember that he wasn’t fondly remembered by the masses until he was dead—I’d rather be a living legend than a dead one). Jackson’s Fellowship movie illustrates it perfectly: the film opens and Galadriel gives us a brief summary of the world and what we need to know to understand the geography, cultures, and powers of the realm. We can’t get away with that in writing. We can’t really get away with it in movies, either, but we forgive him because it is his version of Tolkien and that story is our metric for legendary.

Present tense is always best in my opinion. You are carrying a reader along on a journey—don’t just tell them you took them on a trip… take them along with you. You have an example sentence of:

The choice comes down to the point of view for your story. If it’s first person (which I abhor almost universally,) then you want the first because it’s something you see from the characters eyes/viewpoint. The other version is third person, like you are standing right outside the action as a ghostly third person. (1st person: You are Ebenezer Scrooge and the story is your recording of everything you did. 3rd person: you are like the ghostly Scrooge who can see and experience right alongside everyone else, even though they aren’t necessarily a character—they just feel like it…. And then there’s 2nd person. The story tells a 1st person POV-like reader what to do.  It’s very rare in fiction except for Choose Your Own Adventure stories.)

I would rewrite the sentence in question (it has 2 verbs and both are “was”) like this:
Her voice sounded kind, even if her face remained expressionless.
(It’s still technically passive if you look up the definition, but it’s better, though it feels like it should be an observation made between active comments.) If it needed to have action (which isn’t the norm for a descriptive statement) I would write:
Kindness flooded her voice but she forced her expression into something unreadable, like stone.
It really depends on how big of a deal the statement should be.

Also, here’s three quick pieces of advice. 1. Don’t worry about getting it perfect before moving on—don’t let word choice and verbiage slow you down. Try to get it, but tell the story first—you can always fix word choice and tense issues in the next draft. 2. You can break rules. Screw it. It’s your story. In the end, it’s all about you anyways (but I highly recommend listening to editors and experts who know what readers want/need… the trick is to find a comfortable balance where readers like it enough to read/buy and YOU are also satisfied. 3. It took me years to get comfortable with this, but if someone rewrites a sentence for you, don’t feel guilty. Unless specifically stated, you can use the new line exactly as given –we’re just cleaning up what you had (think of it like someone cleaning the Mona Lisa… the cleaners didn’t paint it, they just made the artist’s intention clearer to an eventual audience.)

If this kind of thing interests you, check out my DIY guide on writing:
The Indie Author’s Bible is full of this kind of advice and provides a hundred different articles on writing and publishing. If you’ve got questions, this is a great place to start!