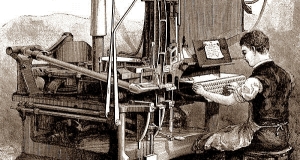 I thought I’d maybe start an occasional series of questions younger authors often ask me… mainly because a friend/fellow blogger answered one that I hear often (both when I was making music, but also as an author).

“What if my book title/song name is the same as one already in print?”

It really comes down to a trademark issue and if you are obviously trying to infringe on someone else’s intellectual property for your own gain. I don’t know the actual laws, so don’t rely on me for legal advice, but it’s not as big of a deal as many might think… it can’t be–if you’ve ever gone to rent a video it seems there’s always a cheap knock-off straight-to-dvd release of the latest Hollywood blockbuster.

Here’s a good piece of advice lifted from Cayce Berryman’s blog:
“Well, according to Circular 34, works as short as book titles cannot be copyrighted, which technically means you are able to use it. This can be confusing for your audience, however, as well as the audience of another author. This might seem exciting if you have a book with a similar title as a more successful author, but do you really want to subject yourself to hiding under their umbrella? For that matter, do you want to risk the loophole that could get you in a lot of trouble?”
–I agree with that last line. Be original and stand out.

I’d recommend giving it a read if it’s a concern of yours. If you look through my blog you’ll probably see the posts from when someone tried to steal one of my stories and release it as their own. Don’t even mess with infringement, but if you are trying to be careful and have a genuine concern, then you’re probably not infringing on anybody, as demonstrable by the fact that you care.